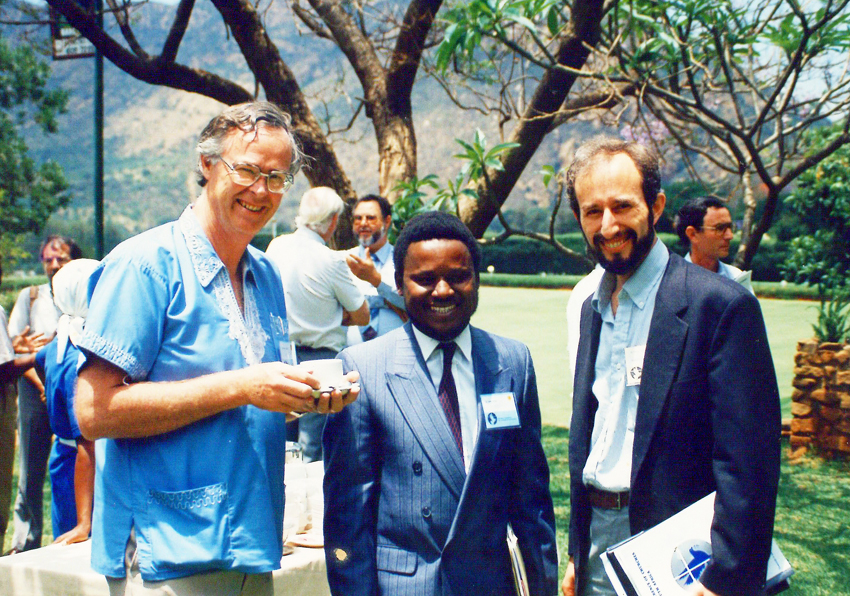 Michael Cassidy first met Frank Chikane when, as a young pastor, he was a rising star in the Apostolic Faith Mission. He had a strong heart for evangelism but also a piercing understanding of the importance of relating the Gospel relevantly to the sociopolitical context. This landed him endlessly in hot water with the South African Apartheid authorities. Frank joined African Enterprise from time to time over the years in assorted mission activities, as for example a mission to Wits University in 1984.

Later Frank became the General Secretary for the South African Council of Churches where he shone with distinction in seeking to lead the South African churches into a more holistic prophetic witness to the Gospel. In the Rustenburg National Conference of Church Leaders in South Africa in November 1990, an initiative driven by Frank, Professor Louw Alberts, and Michael with African Enterprise, a very significant holistic witness came forth under the chairmanship of Chikane and Alberts. The Rustenburg Declaration brought a powerful word to both Church and State from church leaders representing the fullest possible Christian spectrum from far left to far right.

The Road to Rustenburg, a prophetic volume edited by Alberts and Chikane, told the story of this remarkable gathering and brought its prophetic message to all the major political players and to the Church of South Africa. In 1999, when Thabo Mbeki succeeded Nelson Mandela as president of South Africa, Chikane was appointed Director General in the presidency, one of the most influential positions in the whole country. Michael always felt that whenever he spoke to Frank Chikane he was given perspectives on the South African situation of greater clarity and insight than he could get from almost anyone else.