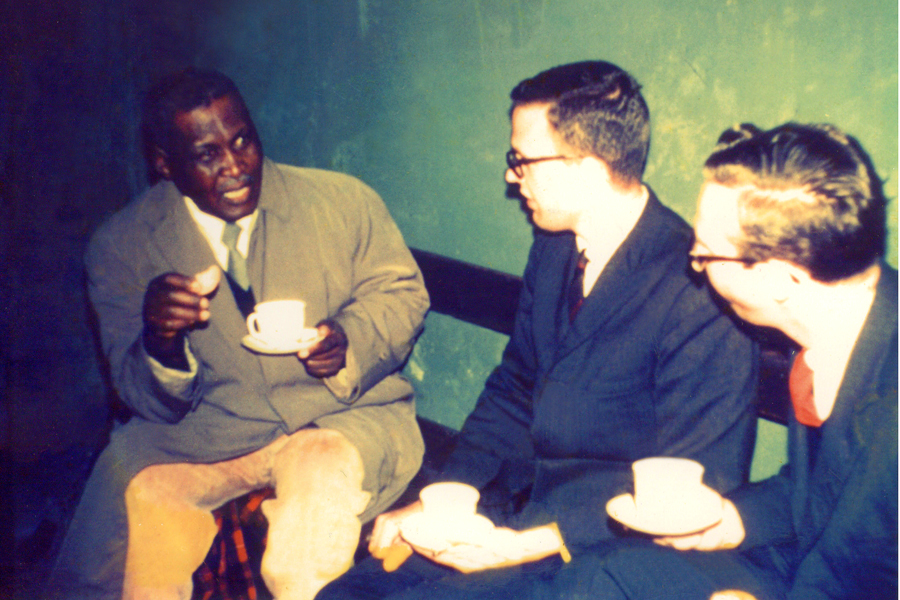 In August 1962 the first African Enterprise mission took place in Pietermaritzburg, South Africa. After the “Mission to ‘Maritzburg”, the team visited many people includ­ing Alan Paton and Peter Brown, founders of the South African Liberal Party.

On the north coast of KwaZulu-Natal, Michael Cassidy and Dick Peace met in secret with Chief Albert Luthuli, president of the African National Congress (ANC) at the time. The rest of the team were unable to join the encounter because having more than two people with the Chief at any one moment would violate the cruel ban­ning laws under which he had to live. “The answer for South Africa”, Luthuli told the evangelists, “is the way of the Master.”

Christians for Peace in Africa, of which Michael is patron, presented Mrs Albertina Luthuli, his daughter, with the Michael Cassidy Peace Award in 2011.

Nelson Mandela →
Back to Interesting Encounters