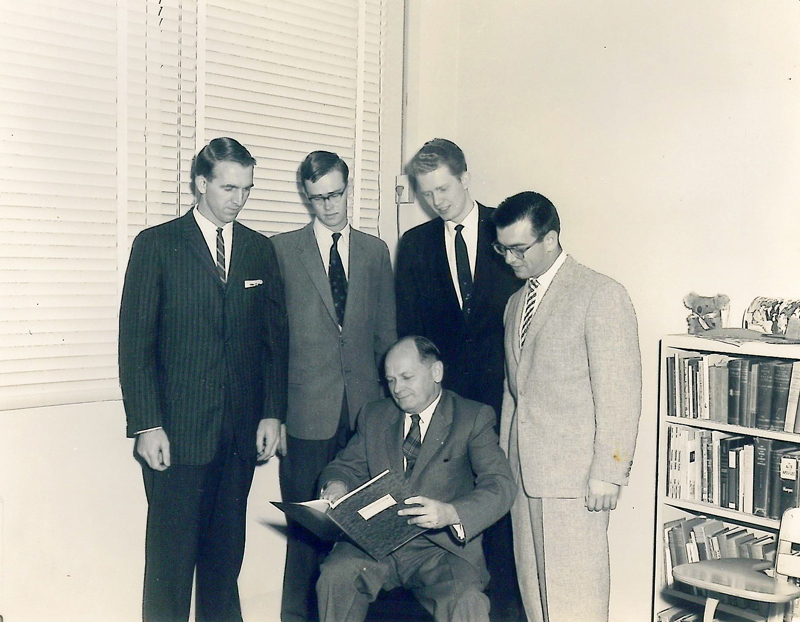 Carlton Booth was the Professor of Evangelism at Fuller Theological Seminary when Michael Cassidy arrived there as a young man. They struck up an instant friendship and Carlton became an ‘Encourager Supreme’ to Michael as the African Enterprise vision was born and developed. He never begrudged giving Michael time to share his hopes and dreams for African Enterprise and they spent endless amounts of time together as the fledgling organisation took shape.

Beyond the first three Board Members that Charles Fuller appointed for the initial African Enterprise Board, Carlton Booth was the first Board member whom Michael selected on his own initiative. Carlton had spent his early years in full-time evangelism ministry as a preacher and song leader before becoming a lecturer in Evangelism at Barrington Bible College, Rhode Island.

He had also been in charge of following up new converts in the Billy Graham mission to Haringey, London,  in 1954. ­­While at Fuller he was the Treasurer of the newly founded World Vision, so he brought years of experience to the young, eager and adventurous Michael. He remained on the African Enterprise Board as an enthusiastic and tireless encourager to Michael for the next three and a half decades up until the time of his death. Carlton produced a series of talks on Personal Evangelism.

Chuck Colson →
Back To Influential Friends