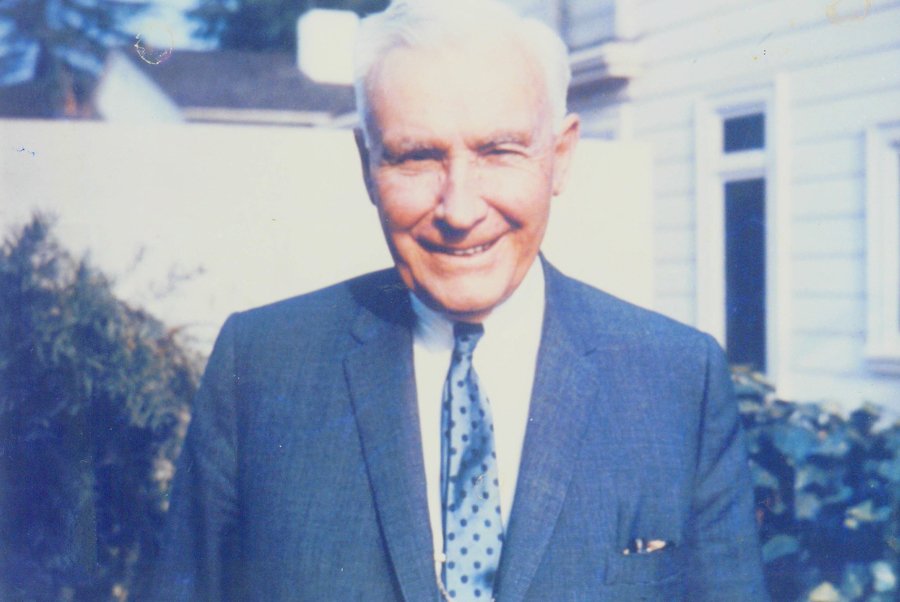 Charles Fuller was the founder of Fuller Theological Seminary. He was the great mass evangelist between D. L. Moody and Billy Graham. He had a huge worldwide radio programme entitled, The Old Fashioned Revival Hour. He helped Michael Cassidy get started on African Enterprise by identifying the first three Board Members for him (Bruce Bare, James Gorton and his secretary, Rose Baessler). He made his secretarial staff available to Michael plus a small loan of seed money and he provided five tickets for the first African Enterprise Team to travel to Pietermaritzburg, South Africa for the Pietermaritzburg Mission in 1961. He always greeted Michael saying, “Preach the Word, Mike!”

← Gottfried Osei-Mensah Charles and Dee Cassidy →
Back To Influential Friends