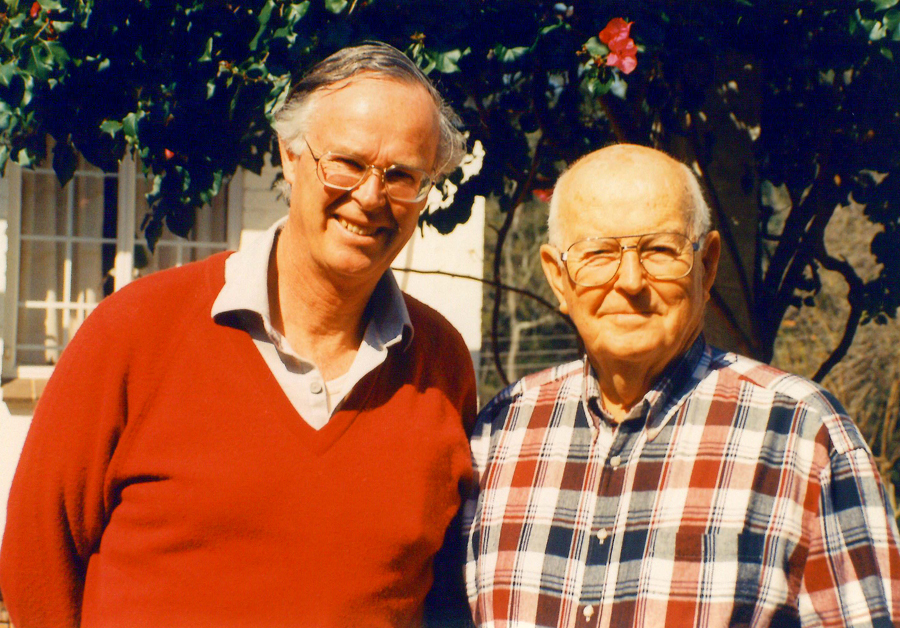 When Charles Fuller, Founder of Fuller Theological Seminary, called Michael Cassidy in 1960 to his office to tell him he wanted to help get the fledgling African Enterprise vision underway, he named three people he was putting forward to be the first three Board Members. Bruce Bare was one of them. A prominent and successful insurance agent in Southern California, Bruce became the first Chairman of African Enterprise and in effect the father of the work in USA. In due time he became the first Chairman of African Enterprise International after an International Board was formed. He steered the early ministry and fathered it through many ups and downs as well as generously supporting the ministry financially. He came to Africa to visit the teams fifty-seven times at his own expense. He was a profound friend and deep counsellor to Michael right up until the time he died at a ripe old age. Bruce always said to Michael, “Mike, if there are problems, you solve them nose to nose. Don’t leave it to letters or phone calls.” Bruce’s wife Adeline was also deeply committed to the work and sacrificially released Bruce for his multiple pastoral and advisory trips to Africa.

Mvume Dandala →
Back to Inspirational Friends