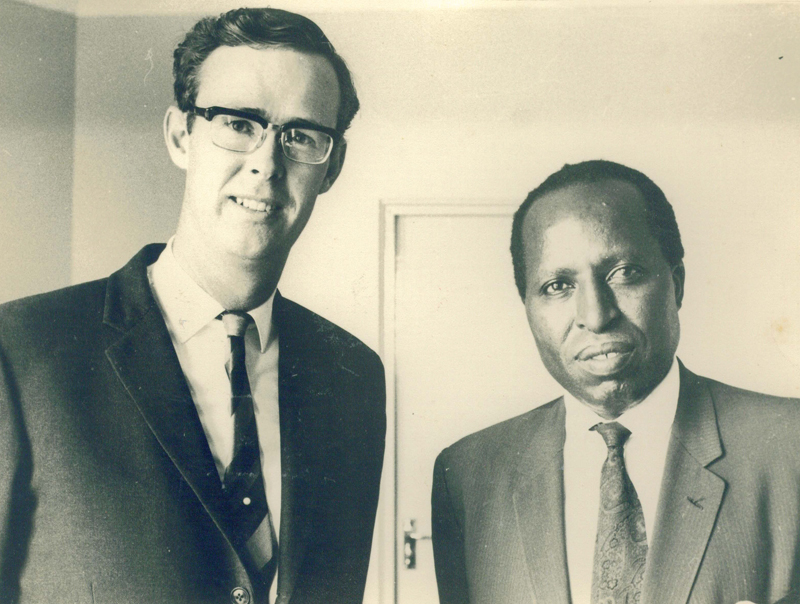 “Evangelism is the overflow of joy in fellowship…” – John Gatu

John Gatu, a great Kenyan Church leader, ecumenical mission thinker and exponent of the East African Revival, stood deeply by the African Enterprise ministry from the time of its first Pan-African Mission in Nairobi in 1969 up to the present. This meant the world to Michael Cassidy and the African Enterprise team. Then in 1973 John Gatu was one of two leaders from Kenya whom Michael invited to the South African Congress on Mission and Evangelism in Durban. John played a critical role in that congress in helping keep blacks and whites together and thereafter he was the natural bridge out of Durban to help Michael and the African Enterprise team to launch the first Pan-African Christian Leadership Assembly (PACLA) in 1976.

In 1992 in Pietermaritzburg African Enterprise celebrated the thirtieth anniversary of its first ever mission in 1962 and Michael, then International Team Leader, invited John to be part of some forty African Enterprise colleagues and associates who joined in that celebration and then afterwards participated in visiting almost all political party heads in a programme called “From Africa with Love”. John’s contribution in several of the occasions was decisive. Michael always felt he owed much to John.